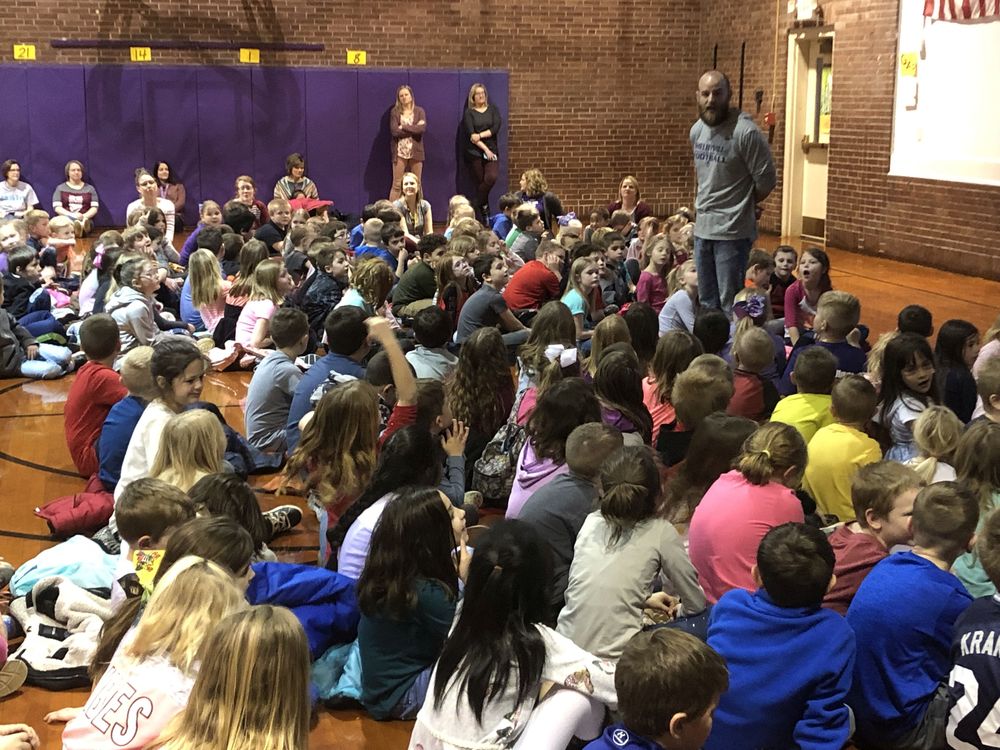 March can be a “grind” in the school year with students & teachers feeling the many wet & cold days with limited sun & outside recess. The curriculum is challenging & Illinois State testing time is here. This is the perfect time for a focus on GRIT. 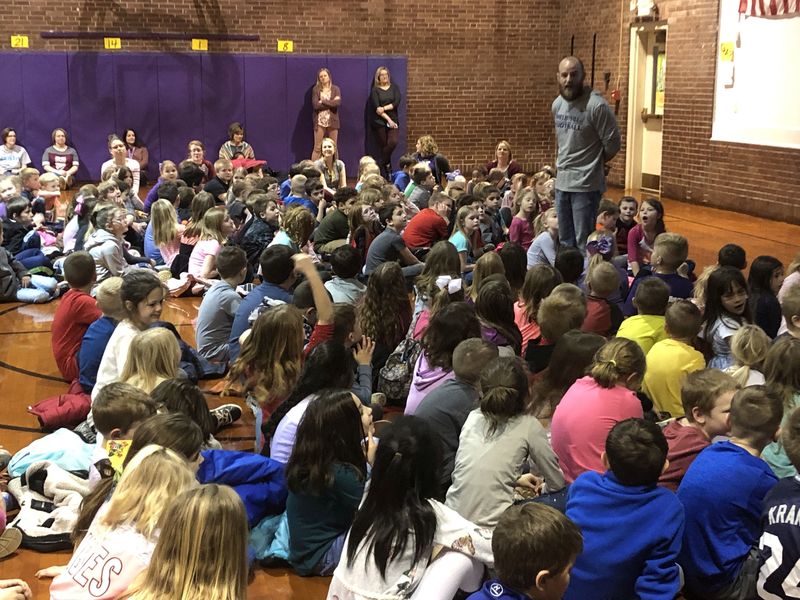 Shelbyville High School Football Coach, Bill Duckett, addressed Main Street Student-Leaders on Tuesday, March 3rd with a kick-off of the March Focus on GRIT. Coach Duckett began with some connections to his childhood & development & Main Street School. He showed students his first grade student picture from Main Street School in the very gym we were all sitting in. He discussed his experience & pride in still being a Shelbyville Ram as a high school teacher & coach. He also took the opportunity to say how proud he is to be Piper’s dad. Piper is a 2nd grade student-leader & was in the audience listening to her dad.

Coach Duckett then began GRIT focus w/ a definition: “The ability to work toward a goal, overcome challenges, and keep sticking with it even when it is hard or you sometimes fail.” He explained this further with an analogy of “building blocks.” He broke down GRIT into components working together: Effort/Passion - Trying YOUR best, Perseverance - Never giving up even when it’s hard, Courage - Not being afraid to fail, Determination - Knowing it may take a long time. 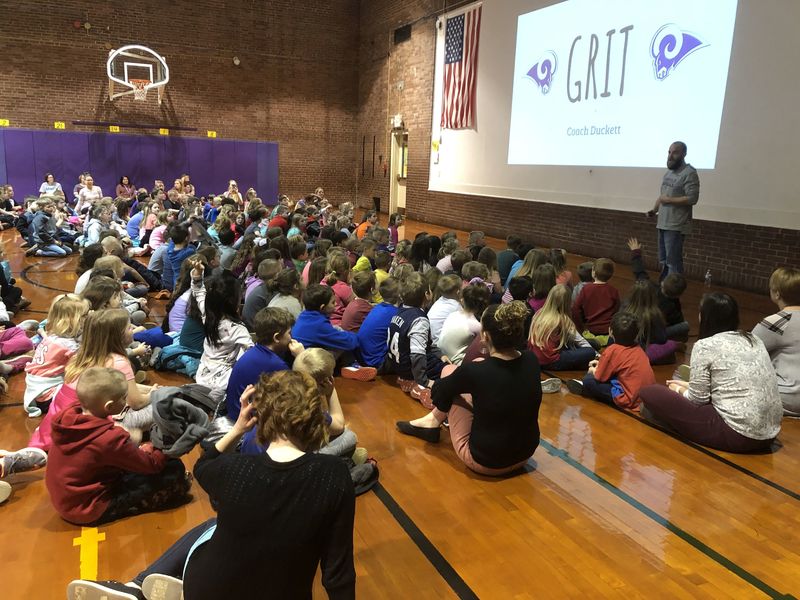 He used an acronym for GRIT to add to the effect & used a personal example of GRIT currently in his life. It is the “100 challenge.” Coach Duckett discussed previous injuries limiting him from pursuing healthy habits that built GRIT in him. He enjoyed lifting weights. He recently was released from his doctor to start working out some & has a personal goal of 100 push-ups without dropping to his knees. He explained where his personal best was currently at with 75 at a high school assembly. The students & teachers cheered him on as he ripped out 80+ push-ups & beat his current record but had not reached his goal. He asked the students if he should quit since he can’t do 100? They replied in loud unison, “no!” The students did not want Coach Duckett to give up on his goal.

Coach Duckette ended with other examples of when & where in their life GRIT will be valuable including: home, school, sports, career, etc… Thank you very much, Mr. Duckett, for you time & positive message challenging students to grow their GRIT! 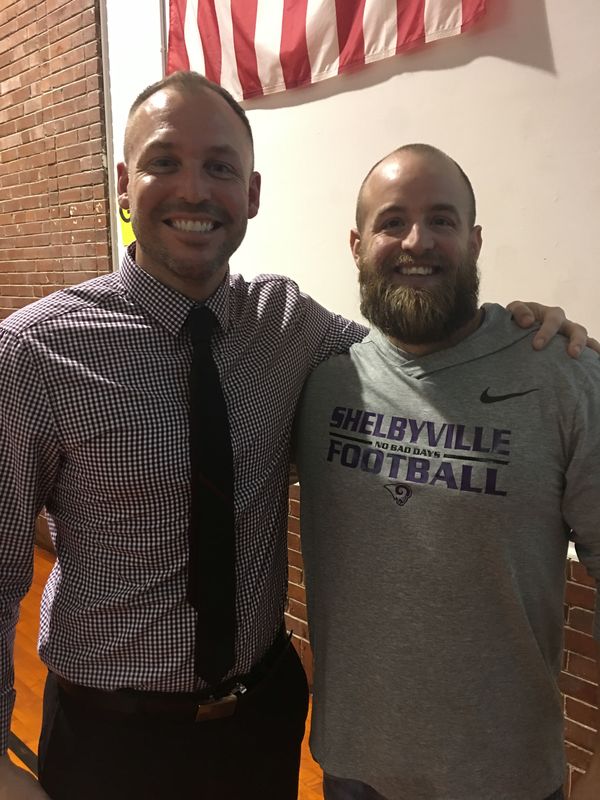